Triventure Films Ltd is a BVI incorporated company, founded by Brooke Williams and Rhys Williams. Triventure Films is on a mission to create original story concepts and use the differing experiences and backgrounds of the founder members to produce exciting and profitable content. 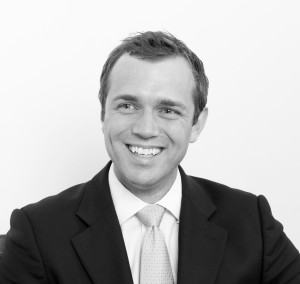 As a former practicing Barrister, now working in Bermuda as a commercial litigator, Rhys has significant experience advising and representing clients ranging from high-net-worth entrepreneurs to prestigious international hedge funds and corporations. Rhys uses that experience to ensure that Triventure Films offers a focused, competitive and profitable investment opportunity and business model.

As a court room advocate, Rhys understands and utilises drama and rhetoric, making him a key part of the creative team. His passion for film and writing underpins his desire to make Triventure Films a ground breaking and successful production company.

After graduating from UCL with Economics and Business with East European Studies, Brooke launched herself into the world of media. Brooke worked in radio as a producer/broadcaster for numerous UK national stations including LBC, Absolute and regional BBC stations. Brooke moved to Guernsey in 2014, joining the BBC as a broadcast journalist. She also trained at RADA and was cast in several British Independent films.

Her move to Bermuda provided the opportunity to start Triventure Films. As an actress and producer, Brooke has the creative talent and industry knowledge and contacts necessary to take projects from ‘back of an envelope storyline’ right the way through to post production and distribution.